In The Meantime…(Final) Thoughts From Our Interim Minister

In The Meantime…
(Final) Thoughts From Our Interim Minister 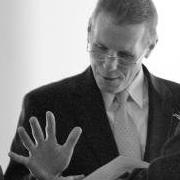 This is my last Happenings column, as next week I shall be closing my apartment, winging my way back to Michigan as the next issue reaches you.  I am also writing it a little earlier than usual because this week is also the annual General Assembly of the UUA and the UU Ministers’ Association which I am attending virtually but attending nonetheless.  Add in a board meeting and a visit to see dear old colleagues in Tucson on Friday and you can see why today is a good time to write.

Naturally, I am looking back on when I arrived in September of 2020.  What I recall is thinking, “There is a lot I can tidy up if nothing else.”  Remember, I have a domestic streak and tend toward housekeeping as a model.  But over time that goal faded.  Slowly, it dawned on me that what I was here to do was not clean up, not fix, not do things at all.  But what was I here to do, then, if not stuff like that?

To answer that I need to tell you about my physician, a DO whose advice mostly comes down to that old joke from Henny Youngman (look him up) who said, “I went to my doctor and said, ‘it hurts when I do this.’  He said, ‘then don’t do that.’”  My doctor talks me off the ledge of anxiety.  He knows that the human body has more power to heal itself than he does.

I realized you had the power to heal yourself far more than anything I could have done.  What you needed was someone who trusted you more than you trusted yourself after losing three staffers and being closed by Covid.  Faith, the word, at heart means trust.  My whole and sole task was to have and show my faith in you.  No you are not perfect, but you are fundamentally healthy.  As they say, “if it ain’t broke, don’t fix it,” I realized you were not broken.  Bruised, pained, confused, but not broken.  You did not need to be fixed but believed in.  That’s all I did, and boy did you get better all by yourself.

Yesterday was Father’s Day and today I am feeling like the dad whose child won the big prize.  I could not be more proud.  Thanks for letting me dad with you.  It has been an honor.  – FW